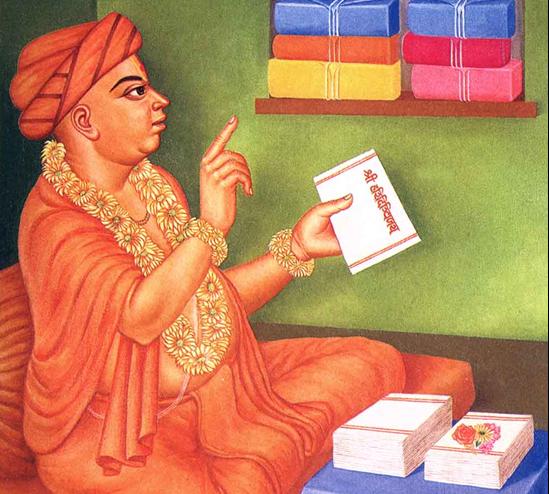 Dinmani Sharma's family were very rich. He went Kashi to learn and acquire knowledge from Jagjit Pandit. He wanted darshan of Lord Swaminarayan and to acquire this, he proceeded towards Badrinath. On the way, he joined other pilgrims and found no joy there. He then went to Jugnathpuri and done his pilgrimage but still could not find any happiness. He then proceeded to Dwarika and came near Vishuajar. He heard about Lord Swaminarayan and that He is Purshottam Narayan currently in Saurashtra.

Nityanand Swami would attend the discourses arranged by other sampraday. He debated with other saints and was always the winner. No one could put a constructive argument against him. He was one of the saints to write Vachanmrut and he translated the Shikshapatri in Gujurati which was authenticated by Lord Swaminarayan.