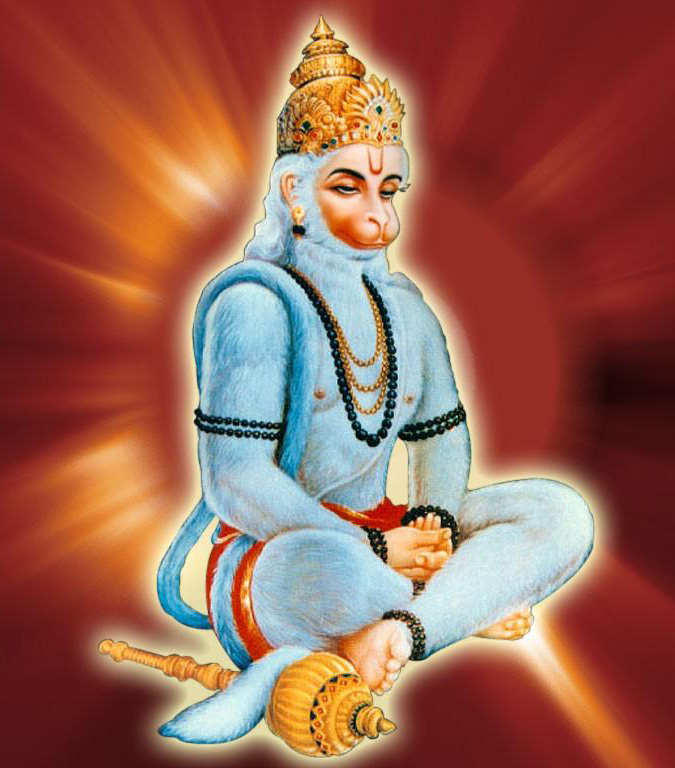 Hanumanji as a baby was very hungry. Whilst lying down he saw the sun in the sky and thought it was a fruit and went to pick it. He flew into the sky and put the whole sun in his mouth causing darkness throughout the entire universe. Lord Indra requested that Hanumanji return the sun. When Hanumanji refused, Lord Indra unleashed his vajra and knocked Hanumanji down to earth releasing the Sun.

On this day we offer poojan to Hanumanji as our Kuldev to protect us from Evil. The poojan is performed with oil, flowers, chandan and sindhur. Coconuts are also offered to Hanumanji and prashad of Sesame seed ladus and rice with ghee and sugar.

Lord Krishna vanquished the evil King Narkaasur on this day, also known as Bhaumaasur who had confiscated all the beautiful and valuable objects in the universe including imprisoning 16,000 women. He even took the earings of Aditi, mother of the devas. In desperation the devas prayed to Lord Krishna. Lord Krishna vanquished Narkaasur releasing all that he had confiscated. The devas were overjoyed and celebrated by lighting Diwas.