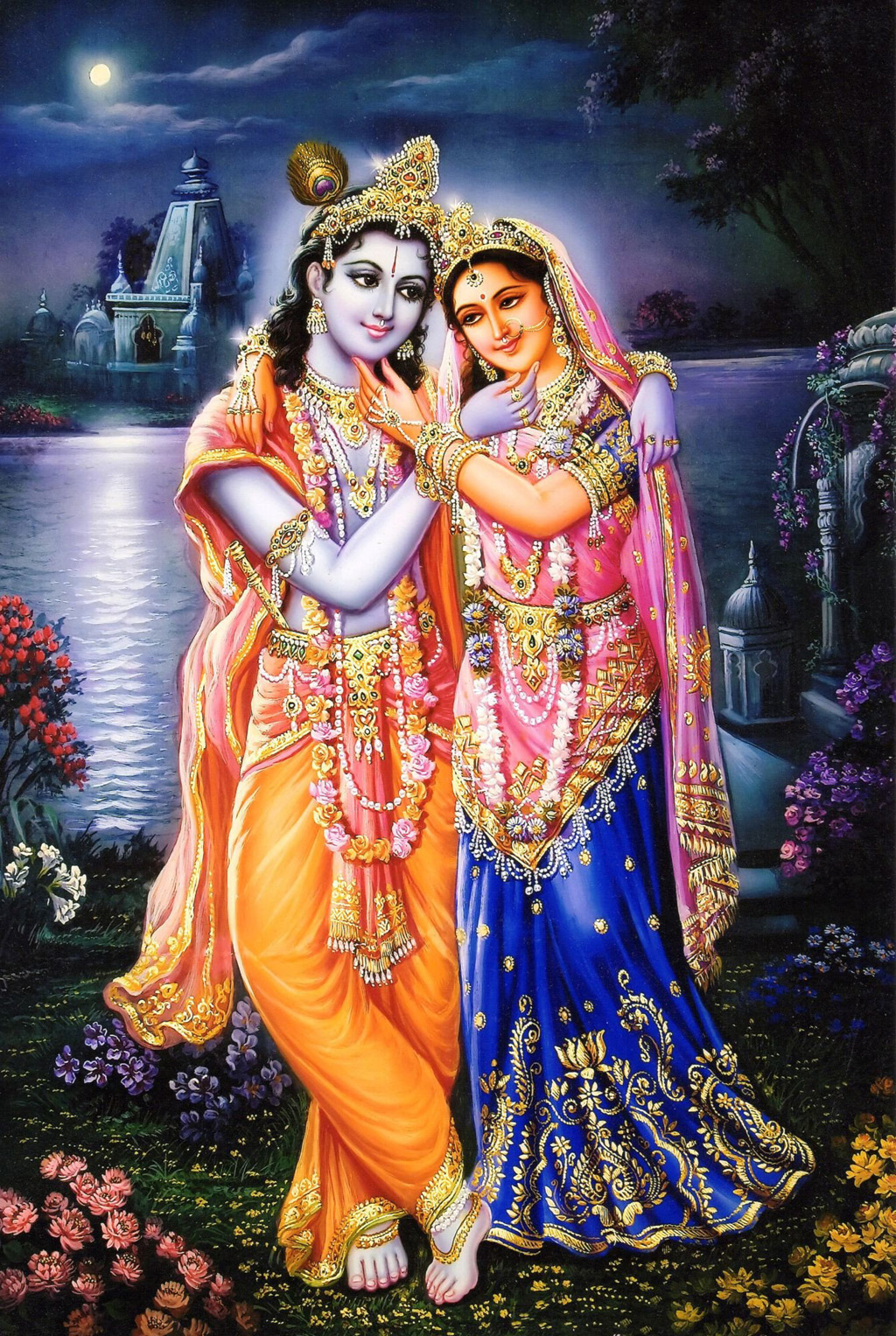 Whenever the Lord descends, He is invariably accompanied by His loving associates.

Shree Radha Ashtmi is celebrated during the 8th day of the bright half month of Bhadrapada.(Bharapada Sud 8) .

It commemorates the appearance of Shree Radha Devi who is the female form and spiritual energy of Lord Shree Krushna.

The Advent of Radha Devi
Sage Garga mentions the following in his scriptural composition;

Thus placing her glorious transcendental form in the womb of King Vrsabhanu's wife Kirti, Shree Radha Devi descended into a great palace in a garden by the Yamuna's shore.

The reason for the advent of Radha Devi is narrated in the Krushna Janma Khanda of the Bhramvavaivarta Purana in the conversation between Sage Narada and Lord Narayana.

Sridama had quarrel with Radha which led to them cursing one another. Radha cursed him to become the demon Sankhacuda and Sridama in return cursed her to be born as a human in Vraja and walk the earth.

Radha Devi went to Lord Krushna and burst into tears being afraid of Sridama's curse. Thus the Lord assured her that He will descent to the earth during the Varaha-kalpa where they will meet. Pretending to fear the illusory potency, He assumed the appearance of a cow-herd boy and approached Radha Gopi and enjoyed pastimes with her in Vraja.

Radha was the daughter of King Vrushabhanu and, Queen Kirti who brought her up affectionately. It is believed that Sri Radha Rani was older than Krishna and an incarnation of Sri Mahalakshmi. Her soul rousing affection towards Krishna was described by great poets and in many sacred scriptures reveals the perpetual union of Jeevathma (Sri Radha Rani) with Paramatma (Sri Krishna). Whenever Lord incarnates on the Earth to re-establish the righteousness, He was always followed by the female spiritual force - Sri Mahalakshmi, likewise Lord Sri Rama with Goddess Sita, Lord Sriman Narayana with Goddess Sri Mahalakshmi and Lord Sri Krishna with Goddess Sri Radha.

In the 5th Vachanamrut of Gadhda Pratham Prakran, Shreeji Maharaj says that a person should meditate upon Shree Krushna together with Radhika. If one is unable to visualise them within the heart whilst meditating then one should not cowardly lose faith but should remain persistent. Hence those who do so ultimately earn the immense grace and the sight of the Lord.

With ultimate devotion, Radhikaji worshipped the bearer of Govardhan (i.e. Girdhaari Shree Krushna), being one with the Lord, she attained the same status as Him - Men and women worship them. (I.e. Chanting Radhe Krushna! or Radha Krushna ni Jay!).

In the 14th Vachanamrut of Sarangpura which is based on the topics of laziness and infatuation, Lord Swaminarayan elaborates further on saint Svayamprakashanand's answer this His question of an example of the fallen from Lord's abode.

Radhikaji fell from Golok due to the wish of the Lord. He Himself wished to incarnate in a human body to uplift countless souls and perform pastimes with his associates.

In the 26th Vachanamrut of Gadhda Madhya Prakran which discusses obstacles in Devotion and not doing that which displeases the Lord the Lord says the following:

'...No matter how great a person is, but if avgun is perceived in other and gun in oneself, certainly obstacles are encountered on the path of salvation.

Radhikaji was great and she also had intense love for the Lord. Perceiving gun in herself and avgun in Lord Shree Krishna, a trace of tamo-gun entered into her love for Him.

She then quarreled with the Lord and Sridama. As a result of this curses were exchanged between Radha and Sridama and they both fell from Goloka. Radhaji had to marry a man other than the Lord and suffered a severe disgrace. Sridama also perceived gun in himself, and perceived avgun in Radhikaji which resulted in him being cursed by Radhikaji and had to become a demon.

Mahaprabhu Shree Vallabhacharya has described the ways of worship on this day.

Lord is dressed in red and other colourful clothes. At noon Radhaji is worshipped with the Lord by using various paraphernalia. If the temple does not have Radhikaji's form then Laxmiji is worshipped as Radhika and offered sweet savouries such as motiya laado and songs in praise of her advent are sung.