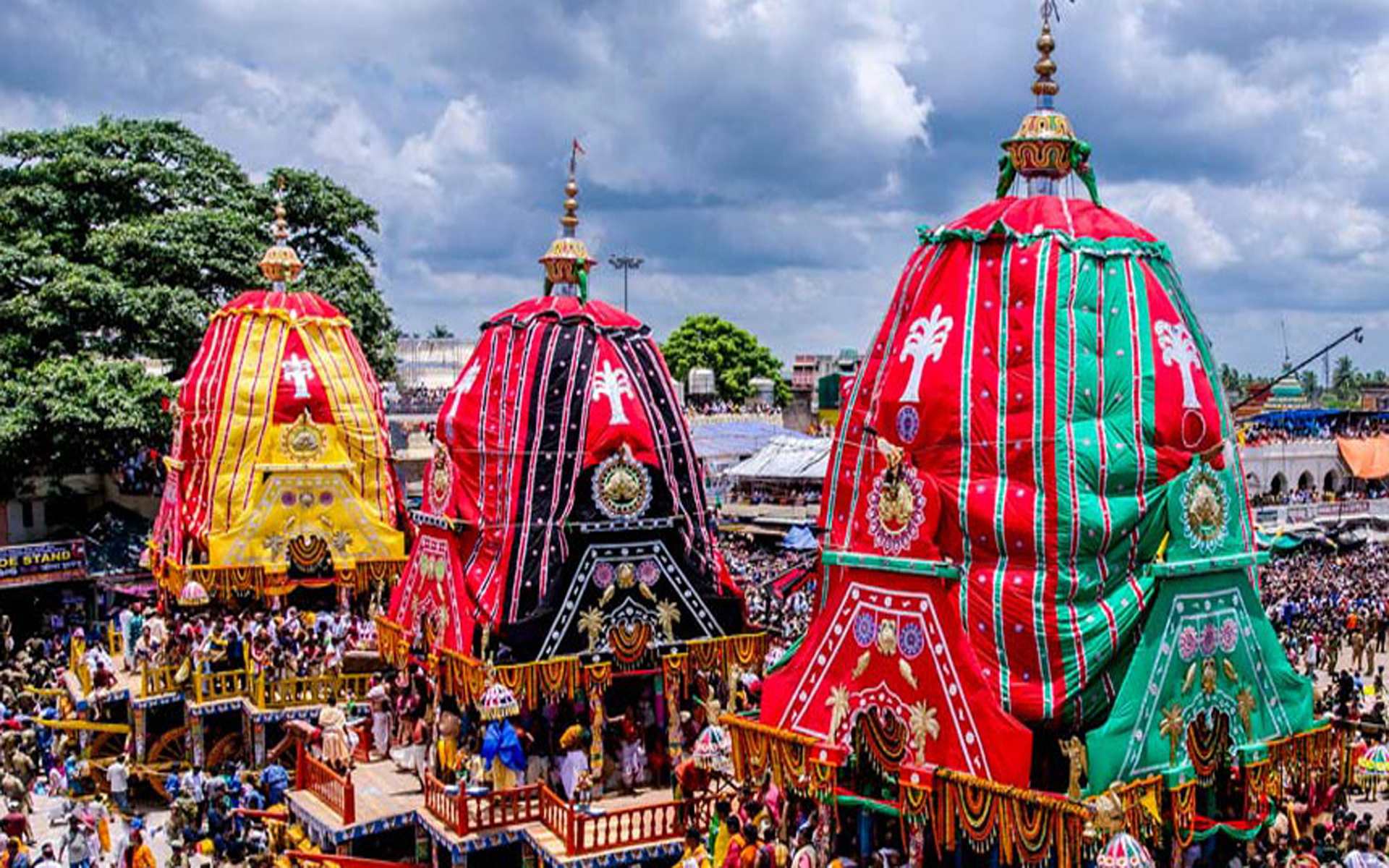 Rath Yatra symbolizes many stories of Lord Krishna's travels on a chariot, the most popular one being the story of Jaganaath Puri. On this day Jaganaath, as Lord Krishna is known, expressed his wishes to visit His birthplace once every year. This festival is celebrated all over India but in the town of Puri in the state of Orrisa in the east of India, giant chariots are constructed where the images of Lord Jaganaath (Lord Krishna), His brother Balaram and His sister Subhadra are placed on and taken from Jaganaath temple to Ghundicha Ghar. The Journey is accompanied by thousands of devotees singing and celebrating.

The English word Juggernaut is derived from this festival, depicting the very large vehicles in which Lord Jaganaath is carried.

This is a festival about Krishna's journey on a chariot, which is shown on many occasions along with his Brother and Sister. As Jaganaath Temple is or was the only temple with these 3 Murtis it is most celebrated here.